Choosing the Scottish Dog Names And Meanings for your dog is an important first step in dog ownership. What you name your puppy will have an impact on the rest of their lives. So make sure you choose carefully.

When choosing a name, you want to take into consideration a few key items; like how easy it is to say, and how popular the name is.

If you choose a popular name your dog will become confused when they hear the name used for someone else. It’s best if you try to pick a name that is unique.

One way to find a unique dog name is to choose an ethnic name from another country. Some countries lend themselves to unique names more than others. Scotland is one of those countries.

To help you find the perfect Scottish dog name we have put together a list of Scottish Dog Names And Meanings to choose from.

In addition to finding a unique dog name for your pup you also want to choose a name that conveys your dog’s unique personality.

This is where Scottish dog names have an advantage, especially, if you have an adventurous breed.

When you think of Scotland one thinks of; the lush, green spaces of the lowlands, the rugged mountain terrain of the highlands, and the vast coastline of both the Highlands and Islands.

All this means that Scotland offers an unlimited number of opportunities for adventure and dog names.

These endearing names, pet names, and beautiful surnames can be given to any type and breed of dog. All Scottish dog names are for all dog breeds.

How to Choose a Dog Name

There are 6 tips to follow when choosing a name for your dog. We already discussed the first one:

The origins of Scottish names can come from the Old Scottish Gaelic language of Scotland and also from the surrounding areas that had an influence on the Scottish people.

An example is Coorie which means to snuggle and nestle. Wouldn’t this make a great name for a puppy that loves to cuddle with you?

While it might not be the first thing that comes to mind, Scotland has a long history of breeding strong, energetic dogs that are now some of the most popular pets in homes today.

In fact, some of the most popular dog breeds originated in Scotland. If you have a Scottish dog, especially the one listed below, you should definitely consider Scottish dog names.

Scottish Terrier – Scotland’s most famous dog breed, the Scottish Terrier, is a small, sturdily-built canine with wiry hair and a dignified demeanor.

Border Terrier – This dog is a happy, spritely little pup that is active and agile.

Cairn Terrier – One of the oldest terrier breeds, the Cairn Terrier is an alert, cheerful pup who stays busy and is always curious.

Skye Terrier – Relaxed and good-natured, the Sky Terrier is strong and sturdy for his small size with long, straight locks.

West Highland White Terrier – This happy, adorable dog has plenty of self esteem but is always loyal to his master.

Dandie Dinmont Terrier – This little whippersnapper is independent and proud. He works hard and is always affectionate to family.

Fun Scottish Dog Names You Can Give Your Dog Today

When you think of Scotland, certain things come to mind. We’ve drawn inspiration from basic elements of Scottish life for these dog names.

Stereotypical? Maybe. But in a good way.

One of them was Sir William Wallace. Sir Wallace was a Scottish knight who became one of the main leaders during the First War of Scottish Independence.

Scottish clans are well-known symbols of Scottish life. They are most often associated with men in plaid Kilts and coats of armor. You may assume that people who are part of a clan have a bloodline to the clan’s ruling ancestors.

But that may not be correct.  The term “clan” comes from the Gaelic ‘clann’ which literally means “children” and more broadly “kindred”.

It is common that members of a Scottish clan are more often a kinship group rather than a bloodline. There are over 350 different clans with about 175 of them having a coat of armor. Many of these names can be used as dog names. 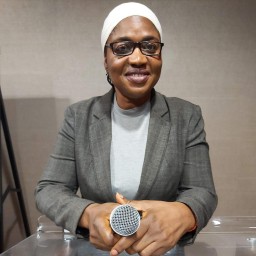